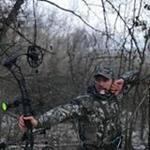 mrhookup, May 3, 2012 in Boat Maintenance and Rigging